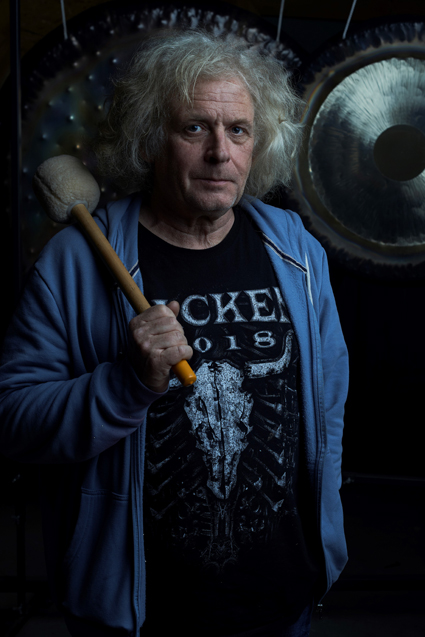 I am so very happy to be the representative for Gongland Gongs. I have been in contact with Rolf Nitsch, the founder of Gongland Gongs, from the very start of his business and I am blessed to own many of the first Gongs he made under the Gongland Brand.

Rolf started his education at Paiste in the 1977 which comes to, more than 40 years of experience and the Gongland brand has already, within a year in business, a waiting list for gongs and has moved to a bigger location.

Rolf Nitsch was born in Northern Germany near Kiel in 1956. After School he served his apprenticeship in metal working. He met Toomas Paiste, who liked Nitsch’s attitude towards craftsmanship and in 1977 Rolf started his training as a Paiste Gong maker, which included building gongs, as well as everything from construction of Gongstands too the packing and shipping.

On the close guidance of gong mastermind Toomas Paiste, he was part of the creation of new Gong Sounds along with Master Gong makers Rudi Bonness and Siegfried Jusseit (building Gongs since 1947) he had the best training one could achieve – leaving him as the only surviving member of that creative master quartet. This overall Gong Creating experience lasted more than 20 years.

In 2012 he started to developed and research the Gongs Place in music therapy and in the beginning of 2013 he cooperated with Johannes Heimrath and Sona Gongs. As a result of this cooperation Rolf created the Gongland Gong Series. Now crafted by himself in his own workshop and constantly refining them.